Skip to main content
Book Your Stay
Close Reservation
01 May 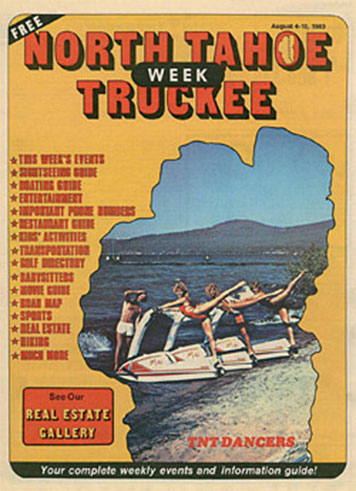 If you're a vintage buff, then be sure to check out the exhibit of Lake Tahoe's local magazine, The Weekly, at North Tahoe Arts Center in Tahoe City from January 5th to February 27th!

The Weekly celebrates its 30th anniversary in 2012, and pays homage to its history by displaying one cover picked from every year of publication from its inception in 1982.  An Opening Reception for the exhibit is January 13th from 5 to 7 p.m. at the Arts Center, is free to the public and locals and tourists alike are  invited to attend.

The 30 years of covers on exhibit feature winter and summer recreation, local faces, local events and a fantastic look at Tahoe and Truckee for the past 30 years. The highlight of the exhibit is the first edition, which published on February 18, 1982, as "North Tahoe Week." The first edition was 12 pages and featured a photograph by Vance Fox of a skier cliff jumping near the horse trails in Squaw Valley.

The Weekly is celebrating its 30th year with a redesign of the magazine, debuting on January 12th, along with a special 30th anniversary edition on February 9th.  They will host a 30th anniversary party on February 11th, for all attend.  At this time the location is TBD.